11/11: The Sidekicks, Letty and Frank, aka Rachel Robbins Toon and Mark Batell

Every Lucy needs her Ethel, and while Ricky probably doesn’t need Fred as much, he’s part of the Ethel package. In the case of Jig Saw, that means Letty Walters and her on-again-off-again fella, Frank Mason. 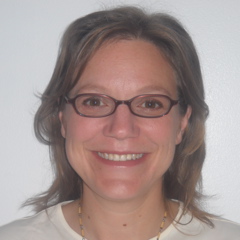 Your character in 1-2 sentences:
Sidekick to Claire and partner in crime.

The way in which you’re most like your character:
Always the mediumest pretty in the room.

The way in which you’re least like your character:
I prefer wholesome men.

Your favorite thing about 1934:
The way they talked, the clip of the language.

Your character’s drink:
Gin on the rocks. Or off. I personally like beer.

Your previous roles, and any in particular that have prepared you for this one:
I played Cleopatra with Brass Tacks, but the one most like Jig Saw was some radio shorts called “We Broadcast This Interruption.” They had the language of the 30s, and a saucy woman character like Letty.

Special training?
I have an MA in Arts and Education from Harvard, and I taught Shakespeare to incarcerated youth as part of that degree. I went to UM for undergrad.

And here’s Mark Batell, not only our philandering Frank, but also our superb set designer. 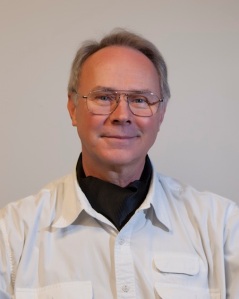 Your character:
Frank is a lazy, sleazy, idle rich playwright. My kind of guy!

My favorite thing about 1934 is that I wasn’t alive back then.

My character drinks scotch. OK, so I am like Frank a bit.

I can see Warren Beatty playing Frank, or maybe Sean Connery. Two guys I wouldn’t mind being. Unless they’re dead. Then I wouldn’t want to be them.

Frank is a little like Lloyd from Noises Off.